Local governments and environmental organizations signed a memorandum of understanding on June 15 to boost protection of an important piece of coastal wetland in Tangshan, Hebei province.

The memorandum agreed upon by the World Wide Fund for Nature's operations on the Chinese mainland and Hong Kong, the Paulson Institute, Hebei's provincial forestry department and Tangshan's Luannan county government begins preparations to establish a reserve in Luannan's Nanbu wetland.

Scientists explain the area is an important but unprotected wetland in the Yellow Sea and Bohai Sea region, and signing such a memorandum is important to its protection.

Long-term studies show the Luannan wetland is a critical stopover for many migratory shorebirds traveling between Australia and the Arctic. About 350,000 birds stop by annually to feed in the intertidal mud flats.

The volume of birds of 27 species that stop in the area surpasses 1 percent of their respective global populations.

Another two agreements were signed after the memorandum.

According to them, the WWF will fund Beijing Normal University's scientific investigations of the area, and the Paulson Institute will sponsor an institute to work on the reserve’s planning.

The WWF and the Paulson Institute, which have held discussions and done on-site investigations of the wetland with local governments and research organizations for years, will provide more assistance in the reserve’s planning, construction and acquiring approval from higher authorities.

The two organizations have promised to contribute to the protective management and environmental education needed once the reserve is founded. 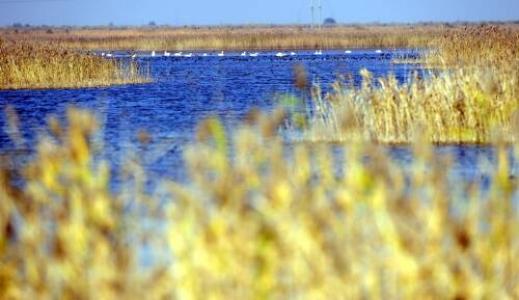